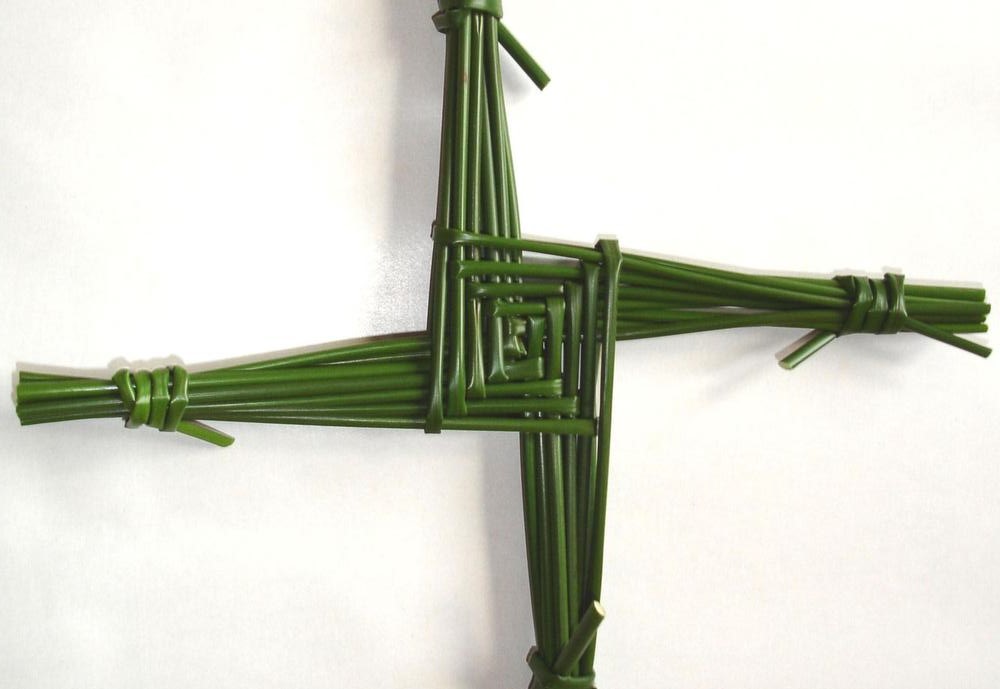 This coming Monday 1st February is St. Brigid’s Day, also known as Imbolc, and marks the beginning of spring.

Imbolc, also known as the Feast of Brigid, celebrates the arrival of longer, warmer days and the early signs of spring.

To celebrate St. Brigid’s Day, our Culture Committee has organised a virtual meeting, hosted by Margaret O’Hare to teach how to make a St Brigid’s Cross using rushes that can be collected widely around the Carryduff area.

When does winter end? Is it after the last snowfall of the year? When the daffodils begin to poke their familiar heads above the ground? Or is it on the spring equinox, which this year falls on March 20th?

In our modern calendar, the meteorological beginning of spring is March 1st. But in Ireland, people had only one answer to this question for centuries. The first day of spring, for ancient Irish people, fell on February 1st and was known as Imbolc.Report this ad

The date was hugely significant for ancient Irish people, marking the midway point between the winter solstice and the spring equinox .Imbolc, translated as ‘in the belly’ – referring to pregnant ewes) offered hope to ancient Irish people that the harsh reality of winter would not last forever.  It was now that cows and goats would begin to produce milk, when daylight hours were growing longer, seeds were planted, and frosts began to thaw.Report this ad

Historically, it was widely observed throughout Ireland, Scotland, and the Isle of Man. Imbolc is one of the four Gaelic seasonal festivals — along with Beltane (May 1st), Lughnasadh (August 1st), and Samhain (November 1st).Traditionally, this day was one of celebration for one of the most important goddesses in pre-Christian Ireland, Brigid.

Known as the goddess of fire, poetry, and healing, Brigid was celebrated throughout Ireland in ancient times. The Christian Church couldn’t fully eradicate the love ancient people had for her. To satisfy the Pagan population, the Church transformed the deity into a saint. The feast day of Saint Brigid falls on February 1st every year and is still celebrated in Ireland and beyond.

Legend tells how she picked up rushes from the floor and began to weave them into a cross while she sat at the deathbed of a pagan chieftain. When he asked what she was doing, she told him about Jesus and his death on the cross. Before he died, the chieftain asked to be baptised.

Crosses are traditionally made from rushes, but they can also be made from wheat stalks, grasses, or reeds. If the reeds or rushes are dry and brittle, soak them to soften them. The crosses are typically made on the eve of St Brigid’s Day and placed above the door of the house for blessing and protection.