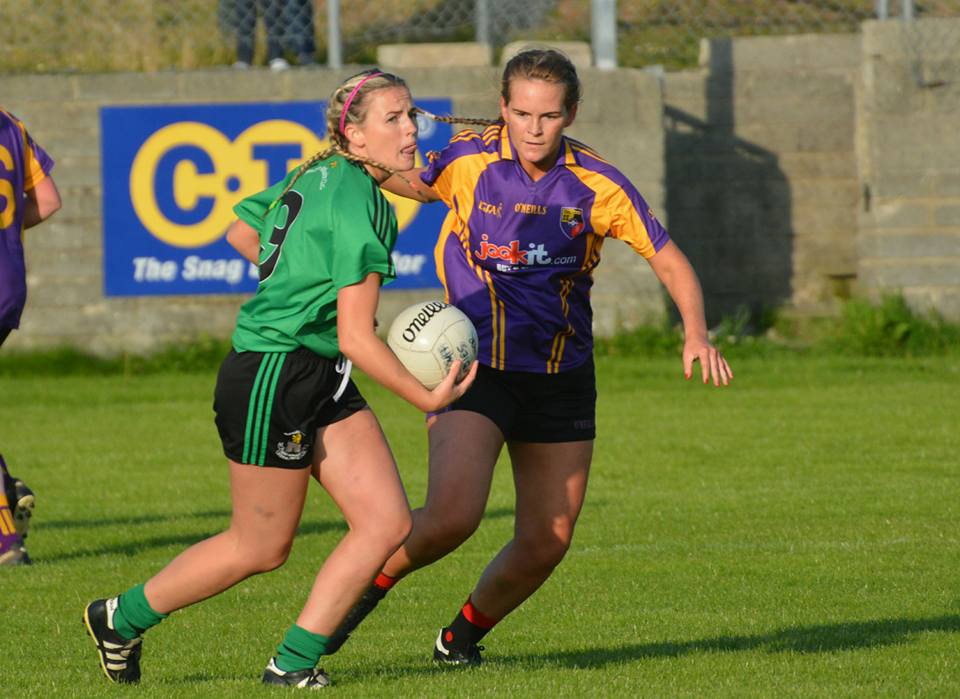 SHARE
Carryduff Ladies Secure 2nd Senior League Title in a Row
The Carryduff girls travelled to Castlewellan on Tuesday 25th July knowing a draw or a win would confirm a second Senior League title in two years. Castlewellan also had the motivation that a win against the top of the table team and in their remaining two games would see them draw level and force a play off.
Castlewellan started with more impetus catching Carryduff on the hop and some good movement from a dangerous forward line led by Lisa Morgan registered the early scores. After 15 minutes a score line of 1-4 to 0-4 to the Town had Carryduff’s attention. Carryduff started to compete for ball with Ciara Rooney showing well, Niamh Price and Eodaion Early now mopping up and captain Laura McKay leading by example. Midfield was competitive with County player Kate McKay getting into the game and interesting dual developing between Megan Doherty and Castlewellan’s Aoife Keown. Up front Emer McKay, Claire Milburn and Sarah Tunney were all getting on the score sheet. An impressive rally saw Carryduff not wanting the half to end and headed to the dressing room 4 points to the good (1-12 to 2-5).
Carryduff eased their way into the second half and started winning more than their share of Susie Baxter’s kick outs. Driving runs from Michelle Magee, Niamh Napier and Oonagh Lavery mixed with long balls to the front three was resulting in both goals and points. Both Erin Robinson and Aimee Lavery were showing their defensive qualities to help edge Carryduff to a win that would secure the 2017 league title.
A very strong bench including Hannah Magorrian, Ciara Dohety, Katie Cunningham, Siobhan Cunningham and Orla Swail all got game time in the second half helping Carryduff run out worthy winners and league champions 5-23 to 3-10 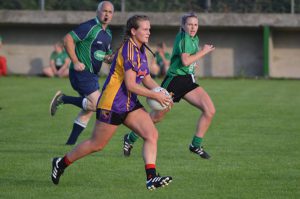 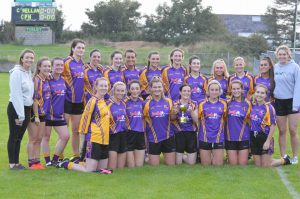 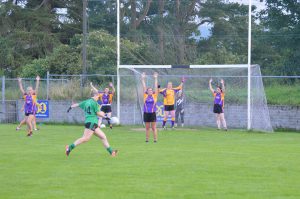 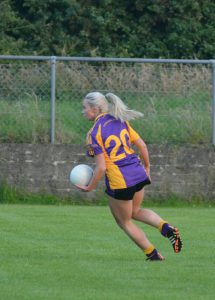 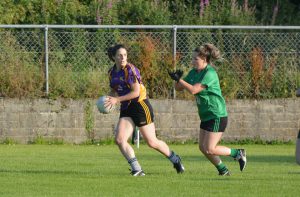 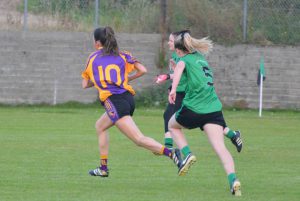 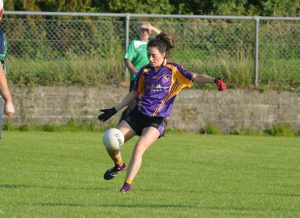 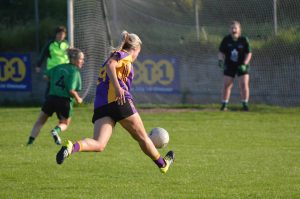 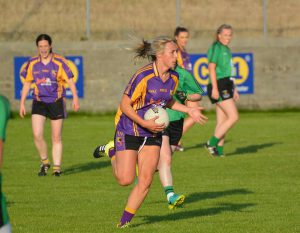 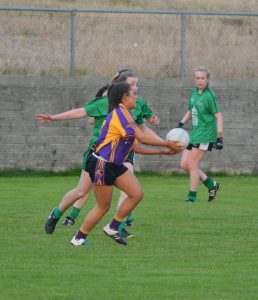 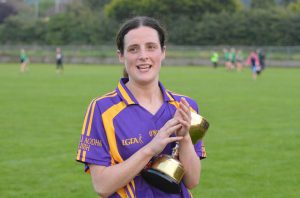 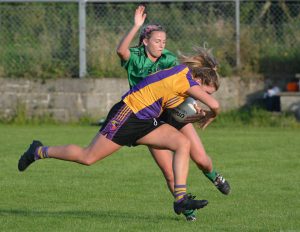 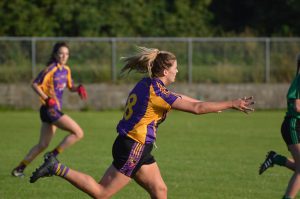 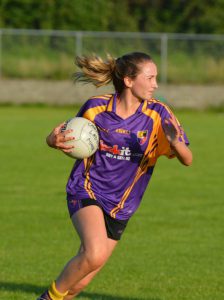 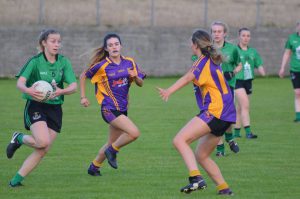 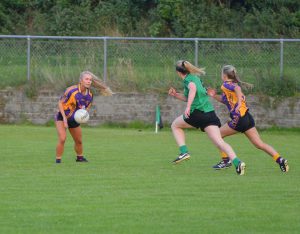 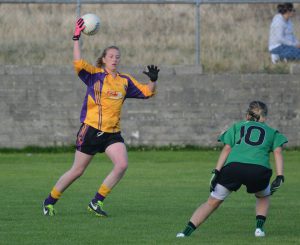