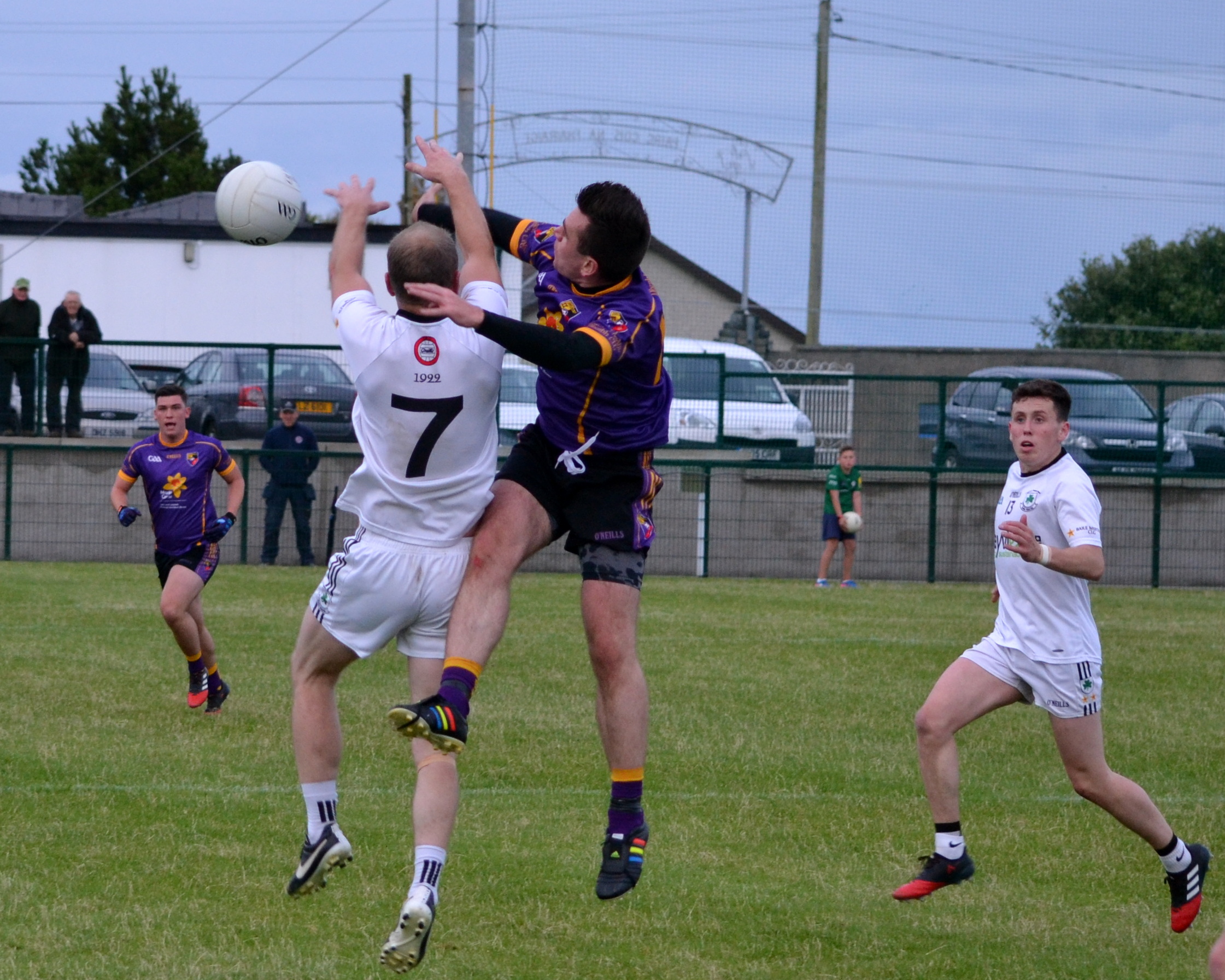 The scoreboard operator’s error in commencing the second half with almost 33 minutes recorded on the scoreboard clock resulted in some unwarranted feisty remarks being directed to referee Leo Smyth at the end of this encounter.

The game had opened with two goals within the first four minutes, Ronan Beatty netting for the visitors in the first minute before a converted penalty from Ryan O’Hare (4th) brought Ballymartin level. Carryduff pressed on with points from Daniel Guinness (6th) and Joe McFlynn (8th) but missed opportunities from Michael McGrath and Beatty’s failure to convert a free left Ballymartin very much in the fray.

Two converted frees from Ciaran O’Hare (10th and 11th) levelled affairs but Michael McGrath restored Carryduff’s advantage in the 12th minute and Beatty extended it in the 15th as Ballymartin’s Ryan O’Hare missed a relatively simple conversion in the 14th minute and blasted wide of the Carryduff goal in the 15th.

A second Ballymartin penalty was saved by Carryduff keeper Darren Ross (17th) but Adrian Doran was quickest to react to the rebounding shot to convert the point.

Ballymartin’s Peter Fitzpatrick and Caryduff’s Seamus McCann picked up the first yellow cards of the game as the tension mounted . Ciaran O’Hare converted a free pointing for Ballymartin (20th) before Beatty (22nd) slotted over for Carryduff. Ballymartin’s second goal, a fine finish from Peter Fitzpatrick (23rd) gave the home fans their voice and Ryan O’Hare (29th) pointed to give the home side a three point advanatgae at the break after Beatty (24th and 25th) and McFlynn (30th) failed to convert chances to level the game.

Ballymartin keeper Colin Trainor did well to turn A pile driver from Ronan Beatty round his post in the first minute of the second half. Carryduff keeper, Ross, found the sea breeze challenging and failed to convert the resultant 45m free. Seán McGongle clawed a point back for Carryduff (33rd) before Ross missed a second 45m free (35th) Ryan O’Hare’s point (36th) put a three point difference between the teams again.

Sean McGonigle converted (40th) but missed a subsequent free (43rd) as it became obvious that Carryduff’s free-taking abilities was putting themselves under pressure. The challenges continued to ride for the visitors as Daniel Guinness was black carded (44th) and Ross was forced to pull off a superb save (45th) to keep Carryduff in the game. The consistent Ciaran O’Hare converted a 45m free in the 45th minute and Ross Cunningham (46th) extended Ballymartin’s advantage to three points. Ronan Beatty’s second major of the evening (47th) brought the match level and the tempo increased on the field, along the sideline and behind the perimeter.

In the dying moments of added time Ronan Beatty kicked wide of goal but Turkington’s final point in injury time secured the draw for Carryduff. 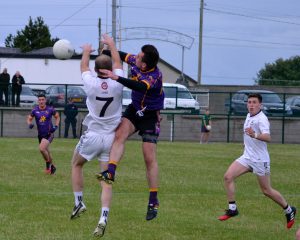 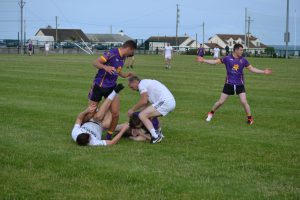 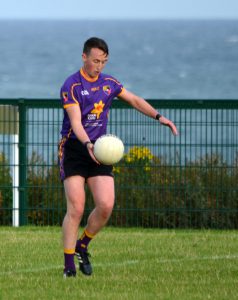 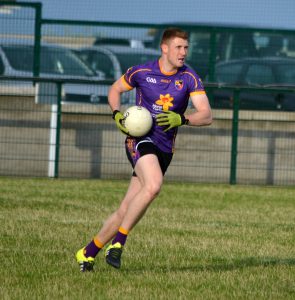 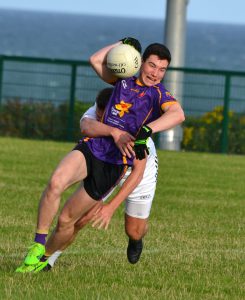 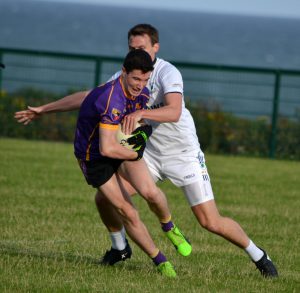 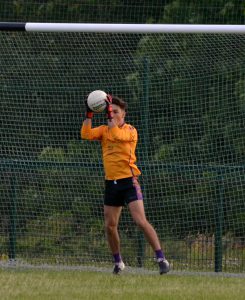