By communications Fri 28th May 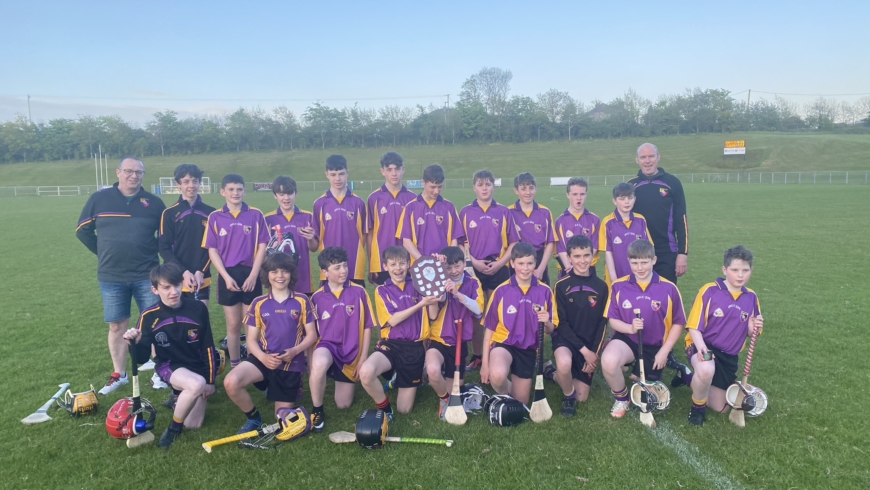 All News, Featured, Hurling, Under 14

The 2020 U13 final between Ceathrú Aodha Dhuibh and Chluain Daimh, delayed from September 2020 due to the Covid pandemic, was played on 26/05/2021 in Pairc Aodha Dhuibh in perfect conditions. The teams having met twice in the league with a victory each, it was all to play for.

In the opening minutes of the game Liam Blaney set the tone from Carryduff with a superb goal and added further to that tally throughout the game with some great free taking and scores from play, at centre half forward Liam was on the top of his game, a pleasure to watch.

There were strong performances from the entire team with Tom Hickson keeping a clean sheet in the first half before Peter Fitzpatrick also doing similar in the second half, each with some fairly crucial saves and clearances.

Dara Watson got a critical touch early in the first half to deny a goal opportunity and Rory O’Donnell at full back with Dominik Krushce on the other wing having their usual strong and steady performances, a pairing to be watched for the future.

The half back line was solid, Padhraic Hagan and Conor Gilmore on the wings snuffed out the threat of attack down each side, whilst Owen O’Neill had a magnificent performance in centre half back, controlling the game and setting up his attack with fantastic clearances and solo runs on the ball.

The midfield pairing of Cillian Ennis and Owen McHugh worked out perfectly, the pair worked tirelessly, defending and attacking in equal measure.  Owen’s marshalling of his opponent was tenacious, and Cillian providing deep coverage into the half back line, free taking and contributing to the scoring with an excellent point from play.

The half-forward line of Aodan Young, Liam Blaney and Oliver Burrows provided a powerhouse with all three on the score sheet, including a goal from Oliver and point from play from captain Aodan.

Peter Fitzpatrick at full forward in the first half accompanied by Ben McCulla and Eoghan Fitzsimmons were unlucky not to have a better return from their efforts but provided some excellent play setting up scores throughout the game.  With the introduction of Ruari for his brother Eoghan in the second half and the switch of Tom Hickson and Peter Fitzpatrick, Carryduff continued to work hard in the forward line and Tom Hickson getting on the scoresheet deep into the second half.

Two of the younger players, Daire O’Neill and Conall Vaugh were introduced at the water break in the second half and played exceptionally well given their young age.

Jude Dixon was a much missed member of the starting line up through injury but his efforts all year had contributed to being in the final.

It would be remiss not to mention the spirited performance of the Clonduff side who never gave up and played great hurling in a fair and sporting manner.  The Clonduff goalkeeper was superb and pulled off some heroic saves, definitely a player to watch for the future. 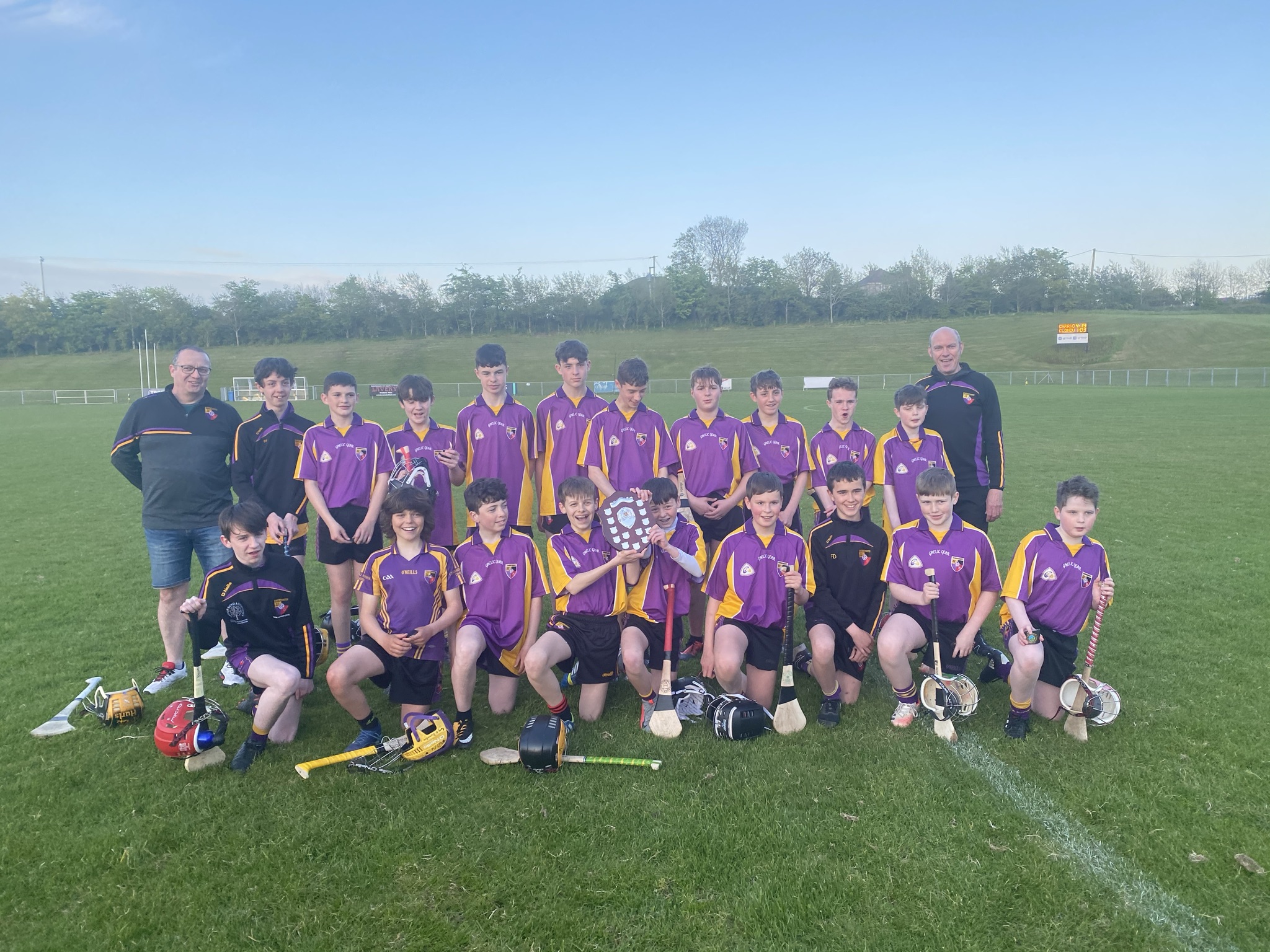 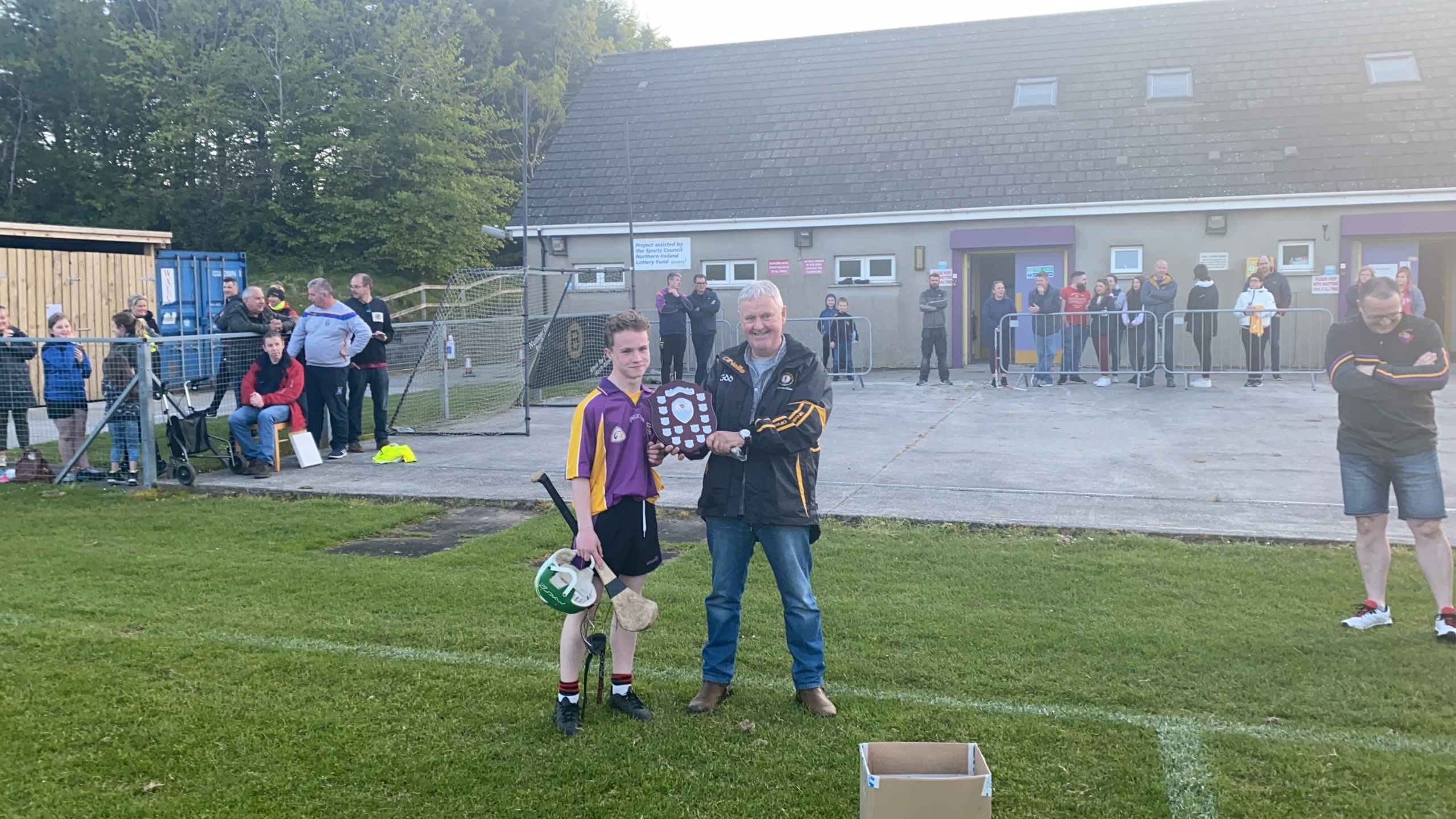 All News, Featured, Hurling, Under 14