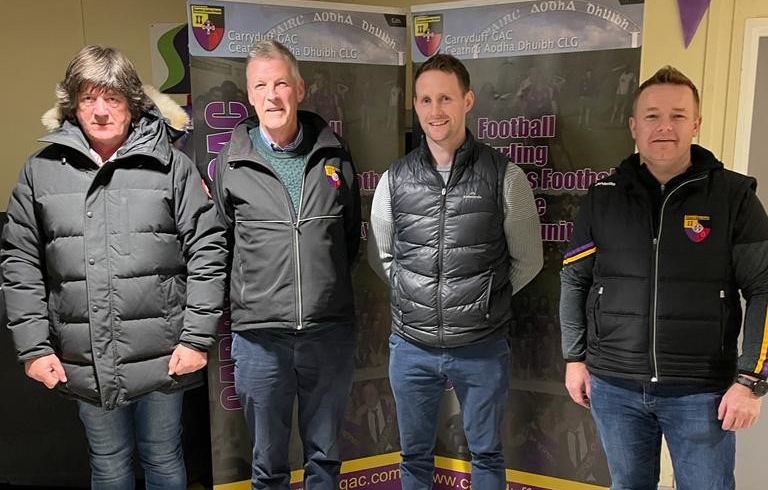 The Club are delighted to announce that Finnian Moriarty is our new Head Coach of our Senior Men’s Football Team. We wish to welcome Finnian and his coaching team to Ceathrú Aodha Dhuibh CLG. He will be supported in the coaching team by Conor McCaughley.

Finnian had a distinguished playing career with St Patricks Armagh, UUJ and with his club Wolfe Tones. This led him to proudly wear the Armagh jersey where he became an All-Ireland U21FC winner in 2004 and he was a consistent performer for the Orchard County over many years.

A PE teacher in Omagh CBS, Finnian previously took charge of Maghery, guiding them to a league title in 2019 and a Senior championship in 2020 beating a strong Crossmaglen side in the final.

Finnian, when welcomed to the club this evening said “We’re both delighted to be here. We’ve watched on and recognised the great potential in this group and in this club. We will be obsessed with taking this group to the next level.”

As the club enters our 50th year we wish Finnian, his management team and our players every success and we look forward as a club to supporting their endeavours. 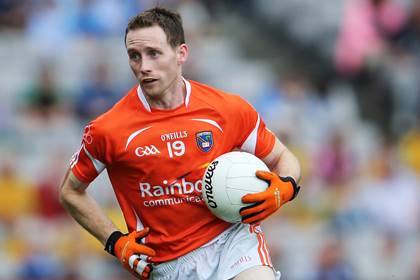