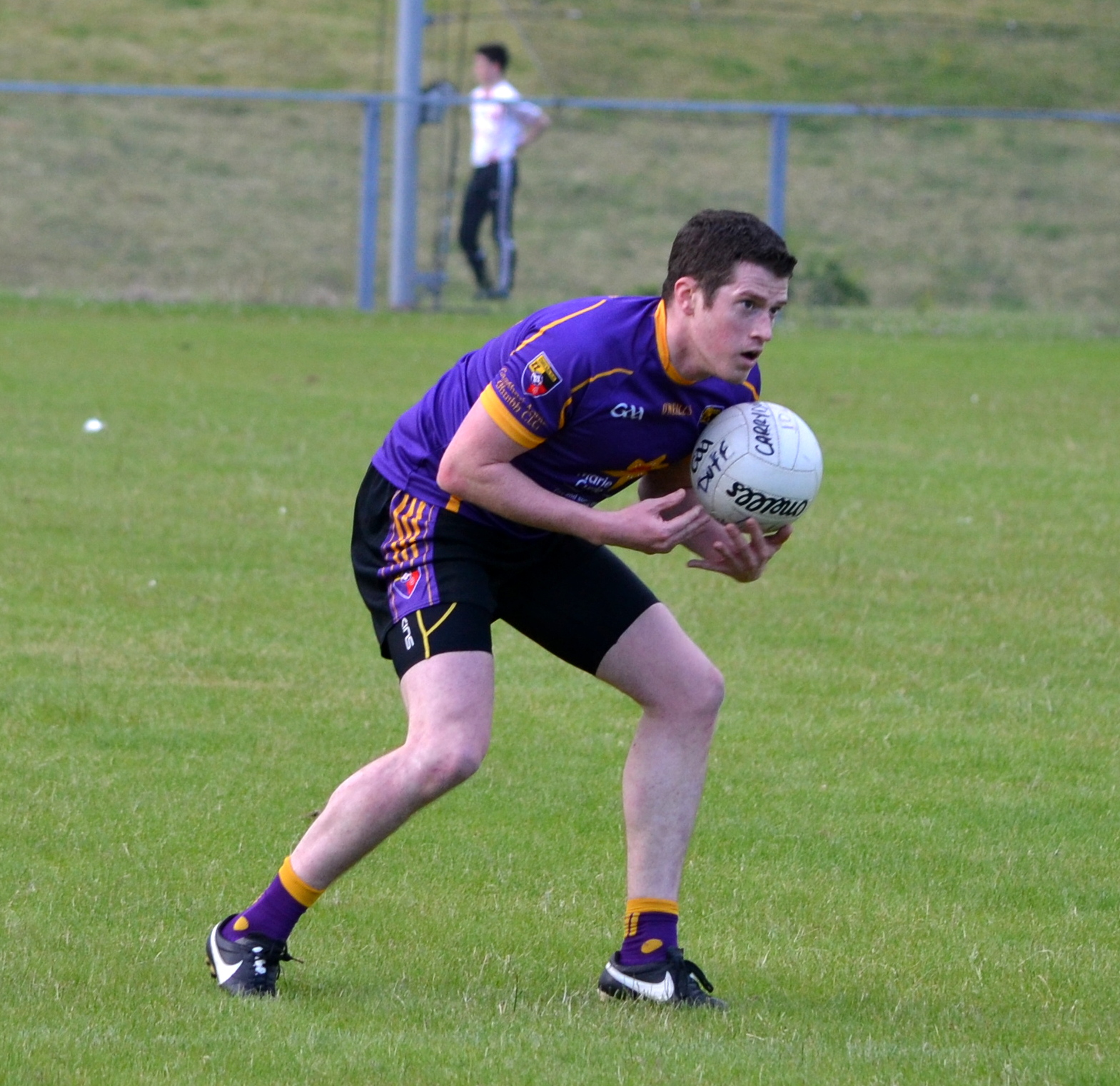 Carryduff continued their winning ways overcoming Darragh Cross in Páirc Aodha Dhuibh. James Guinness had two points from play within the first five minutes but the Carryduff defence found the wily Marcus Miskelly a handful in the opening exchanges and he converted two frees (3rd and 8th) to level the game. As the defence began to contain the Darragh Cross inside forward line and make a better shape of cutting out the supply of ball, Carryduff began to assert a stronger control over proceedings. Joe McFlynn pointed nine minutes in and Aidan Keenan made no mistake when bearing down on the Darragh Cross goalHis major was followed by a further point from Daniel Guinness (12th). Carryduff’s finishing let them down on a few occasions, Conor McCullough and Jonny Henry both kicking wide as Anton McGrattan managed a third score for Darragh Cross.

Owen McCabe (14th) and James Guinness (15th) stretched the Carryduff lead but Lee Morrison kept Darragh Cross in the game with a point from a free seventeen minutes in. James Guinness’s goal – after some sterling work from Owen McCabe – should have consolidated Carryduff’s grip on the game with twelve mintes of the half left to play. Darragh Cross, however, enjoyed their best eriod of football in the final ten minutes of the first half, managing to kick 1-05 and hold Carryduff to A further three points during this period Miskelly (19th) and Matthew hardy (20th) managed scores for the visitors before Lee Morrison’s goal (21st) brought Darragh Cross within three points of Carryduff. Owen McCabe extended the advantage (22nd) before Miskelly (23rd) and Morrison added to Darragh Cross’s tally. Mc Cabe (26th) and Conor Cassidy (27th) both kicked points from play for Carryduff but Morrison (25th) and Mislelly (converted free, 28th) left three points between the sides at the break and everything to play for in the second half.

Carryduff opened the half well, Josh Connery finishing emphatically to the Darragh Cross net in the 32nd minute. Morrison added a point from a free kick for Darragh Cross but an industrious period from Carryduff saw points added from Jonny Henry (33rd) and James Guinness (38th), both electing to run at the Darragh Cross defence and fist the ball over the crossbar. Peter Lavery added a further point six minutes into the half. Some remedial work was required in the heart of the Carryduff defence when full-back Conor McFlynn was dismissed on a black card, having taken and opponent to ground. Replacement John McGeough performed well in the heat of his senior football debut. Miskelly despatched the free kick. Some very intense pressure from a stout Carryduff defence resulted in Darragh Cross kicking four wides in seven minutes before substitute Conor Rooney (48th) added a further point for Carryduff. Carryduff collected possession from the Darragh Cross kick-out and Owen McCabe added a further point. Darragh Cross had a number of further chances as the game petered out but kicked three further wides. Miskelly converted a further free kick (54th) before Joe McFlynn kicked the final score of the games minutes before referee Shane Lowey brought proceedings to a close. 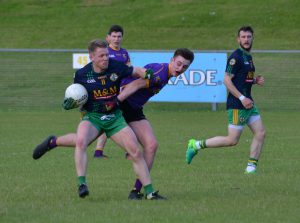 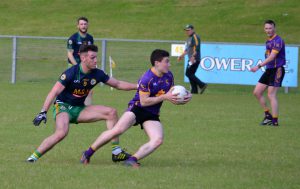 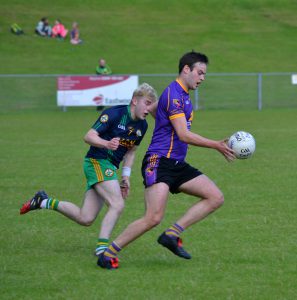 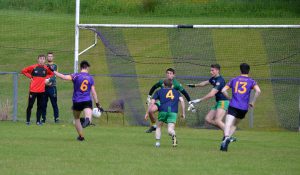 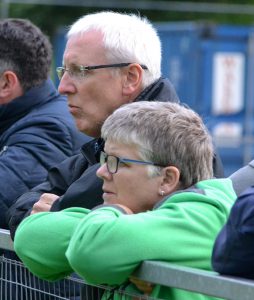 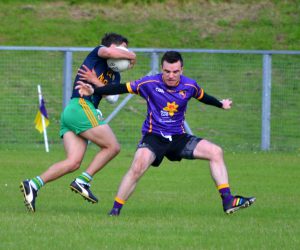 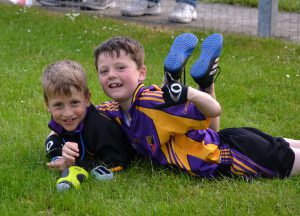 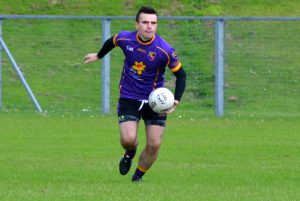 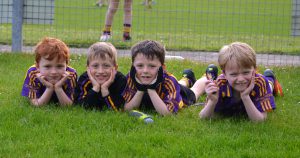 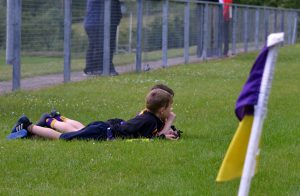