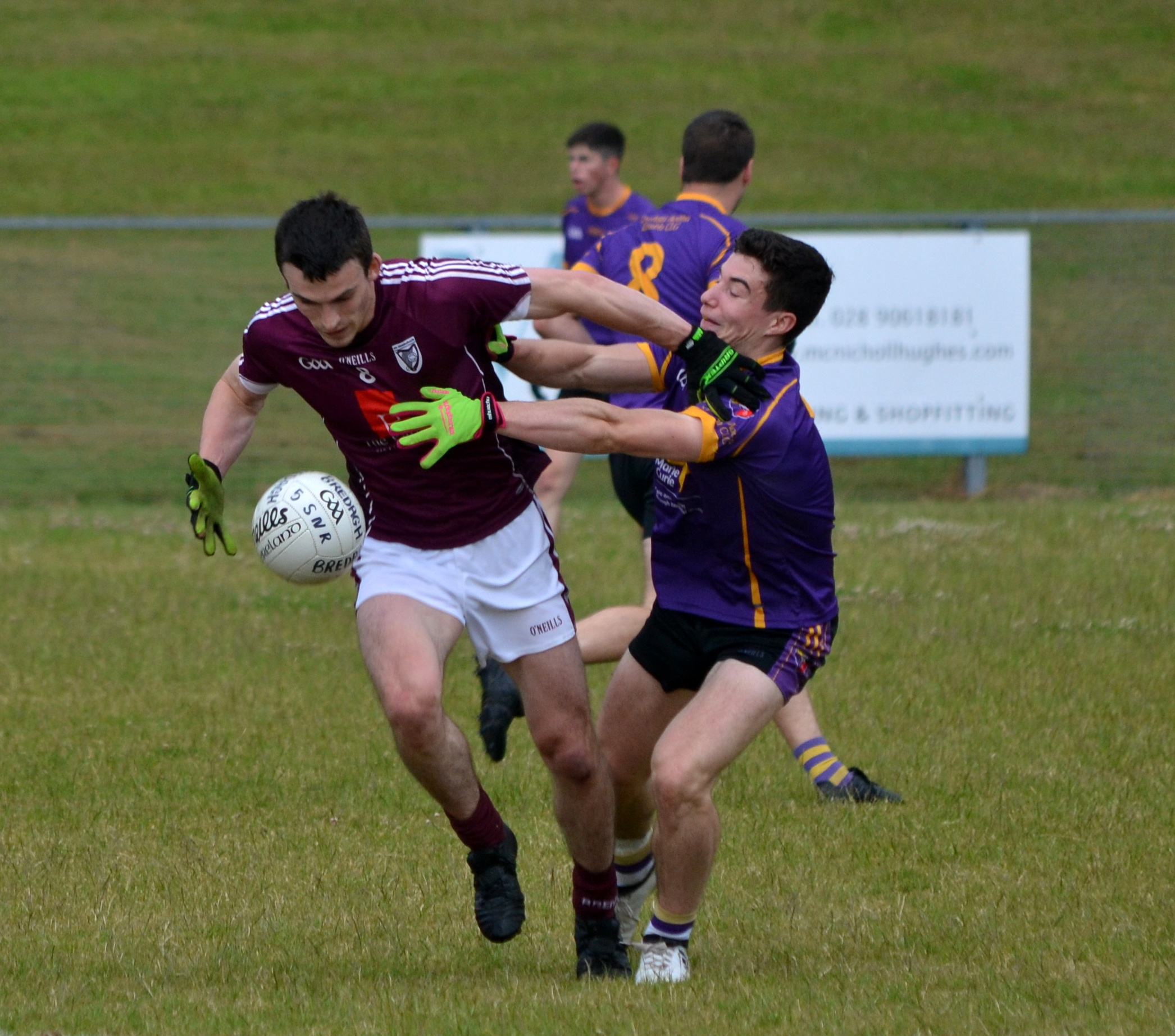 Carryduff senior footballers put in an emphatic shift on Friday evening in front of a large crowd to claim two further valuable league points. The home outfit effectively dominated the first half and by the break had established an impressive 0-11 to 1-01 advantage. Indeed, Bredagh’s 15th minute goal came against the run of play and was the result of no solid claim having been made on a high ball dropping into the square; Bredagh full-forward Donal Hughes rose highest to flick the ball into the Carryduff net. That aside Bredagh could only muster one other score for the duration of the first thirty minutes, that a point from Conor McCloskey in the 21st minute.

Meanwhile Carryduff had set out their stall from the throw-in and concentrated on fast flowing football with a lot of direct movement to a pacy and hungry forward division. Seán McGonigle kicked wide two minutes in but a Ronan Lawlor free (3rd) settled ‘duff into their task.

Joe McFlynn dropped a shot short into the hands of Bredagh ‘keeper Odhran Devlin and it was from this that Bredagh worked the ball upfield to secure their goal as their opening score.

Carryduff’s response was immediate with points from play from James Guinness (16th) and Owen McCabe (17th). Bredagh’s single point (McCloskey, 21st) was immediately answered by another score from Guinness (22nd). Bredagh could only manage one further attack on the Carryduff posts but that resulted in a wide (Cormac Hughes, 24th) as Carryduff finished out the half with further scores from Donal McKeever (24th), John McGeough (26th) and Owen McCabe (28th) as well as wides from Guinness and McCabe.

Bredagh’s full –forward, Donal Hughes, picked up a yellow card before the half ended after a clumsy challenge on Carryduff’s dominating full-back Conor McFlynn.

Bredagh opened the second half brightly with a 32ndminute goal from midfielder Joe Shields and a converted free (33rd) from Donal Hughes. But Carryduff responded with points form Jonny Henry (32nd) and a converted Ronan Lawlor free (34th) before Joe McFlynn’s rasping shot rebounded from the Bredagh woodwork. After a through pass from Seán McGonigle Henry converted in the 42ndminute. Carryduff’s Josh Connery (33rd) and Bredagh’s Conor Francis (34th) picked up yellow cards as the tempo of the game increased.

Carryduff’s defence stuck resolutely to their task, pressing Bredagh on every occasion they gained possession and working the ball quickly into the scoring zone.

Carryduff substitute Ronan Beatty made his way onto the field of play in the 47th minute and made his way back off it in the 48th subject of a black card for a lazy and needless tackle.

Joe Shields added another Bredagh point (47th) but Carryduff had a converted free (McFlynn, 50th) and two points from play from Ronan Lawlor (53rd and 54th) and a point from play from Owen McCabe (54th).

Breadgh scores from Cormac Hughes (57th) and Donal Hughes (59th) were merely cosmetic additions to the final scoreline as an impressive Carryduff ran out with 13 points to spare with a 1-22 to 2-06 result.

A game performance from the entire Carryduff squad and a further valuable two league points secured. 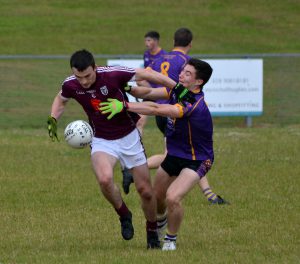 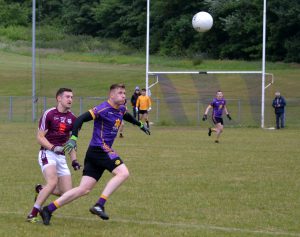 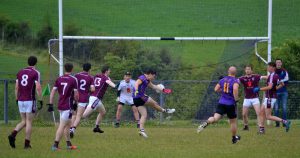 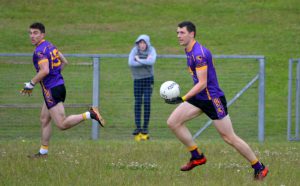 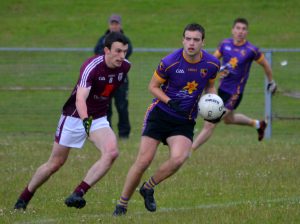 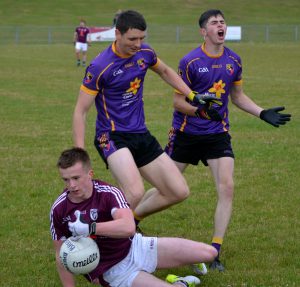 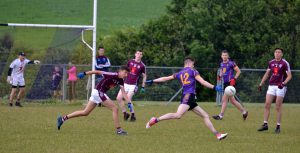 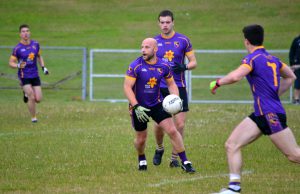 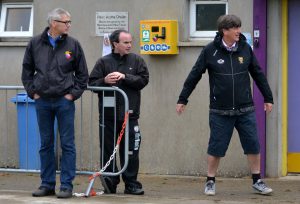 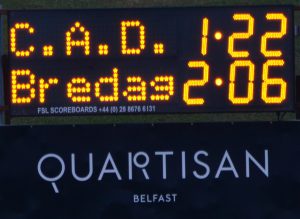