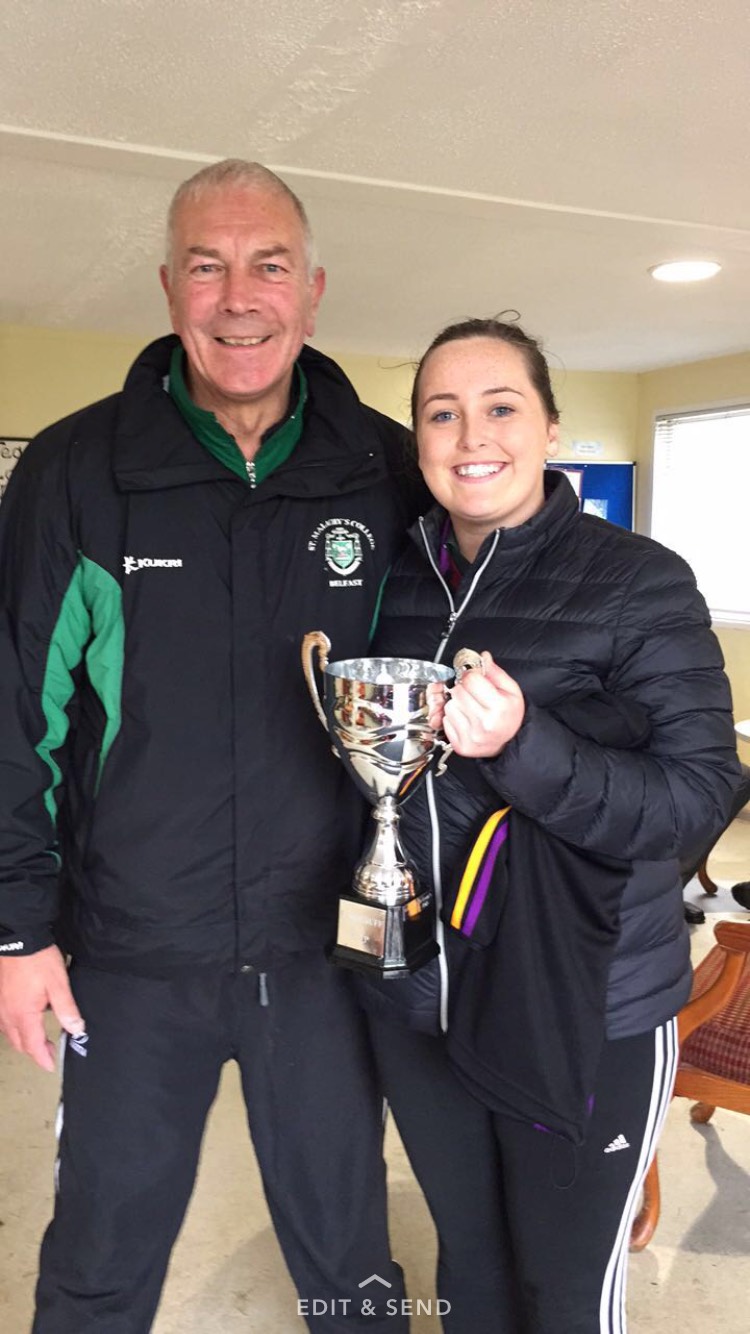 On a cold wet day in September we produced a great tournament for all the players involed , here is just a snipit of the fantastic display of football on the day !!

The early play was in Carryduff’s favour. A super goal by Tara Mc C settled the team down. Callan Gaels came back on the attack but it went wide. Super goal keeping by Tara Mc N. Marie-Therese replied with a fantastic point. Not to be outdone, quickly Callan Gaels scored a point. Carryduff’s response was to score another point. Second half saw Carryduff on the attack again. Some fantastic goal keeping from Callan Gaels stopped more goal attempts. The final score was 1-6 to 0-2.

Carryduff opened the game with a strong attack ending with a goal. St. Galls followed with a counter attack which was saved by Cara-Beth. St. Galls came back with a point. Another attack saw Carryduff score  2 goals and a point. Second half saw Carryduff attack with an early goal. Another goal saw a very strong Carryduff team take a big lead. After another point, the match ended 5-2 to 0-1.

Three early scores from Carryduff saw them take a strong lead. Carryduff were fantastic in attack and Marie-Therese scored yet another beautiful goal. A very dominating Carryduff team saw the final score to be 0-0 to 3-3.

Burren opened the score board with a super point, closely followed by another. In the first half, it was a very evenly matched game. The second half saw Burren score a goal which was the nail in the coffin for St. Galls. The final score 0-1 to 1-3.

There was an early opening from St. Galls who scored 1 goal and 2 points, closely followed by another goal. Callan Gaels reciprocated with a goal. Another goal and point from St. Galls saw Callen Gaels reply with another 2 goals. This was an incredibly tight and tense match. The final score was 5-0 to 4-3.

From the outset it was a very evenly matched game, we saw a lot of fabulous movement of the ball up and down the pitch. Carryduff finally broke through with a point, followed by an O/G by Gort Na Mona’s defender. The conditions were incredibly wet and it was tough going for both teams. Another point from Carryduff ended the first half. It was a tough start for the second half, the weather dampening the spirit. Gort Na Mona were the first to put a point on the board. Carryduff quickly followed up with a point and then a superior knock-on hand-pass goal from Tara Mc C sealed the match. Final score 2-4 to 0-1.

To begin with the match was tight. Moneyglass finally broke through with a superb goal. Just before half time Moneyglass scored another point. In the second half, there was an early attack from Moneyglass which resulted in a goal and further attacks saw the Bredagh goal keeper make some excellent saves. A free for Bredagh resulted in a point, which Moneyglass answered with another two goals in quick succession. The final score was 0-1 to 4-2.

A fantastic start from both teams saw some beautiful play, great ball passing from both teams. Carryduff were the first to score with a point, closely followed with a goal. The second half saw a very strong Carryduff team land a goal and a point in the opening two minutes. After a tough interlude Carryduff drove forward with another point. Magic happened when Sian ran from the half way line to secure a goal. Moneyglass came back with a point but an incredibly strong Carryduff team won the cup 4-3 to 0-1.  Congratulations to all teams involved! Today we witnessed some fantastic football!

A good competition with both teams working hard to get to the final. Antrim st endas showed passion and determination but a physically stronger and more experienced looking St Pauls pulled the game away in the end!

A very evenly matched game which saw St Galls with no score at half time! However, a strong second half showed that anything can happen and St Galls pulled it back, scoring 2 goals and a point to beat Glen ravel by one. 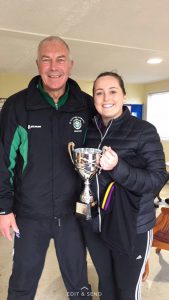 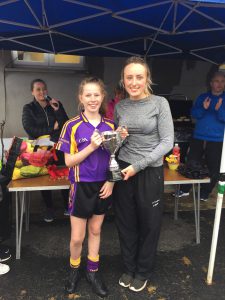 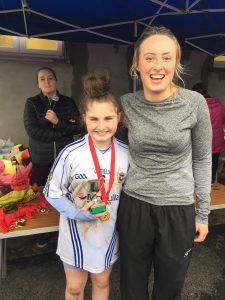 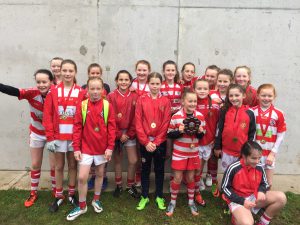 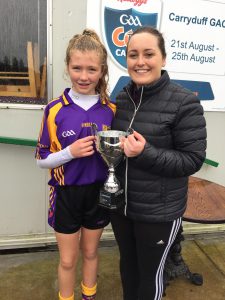 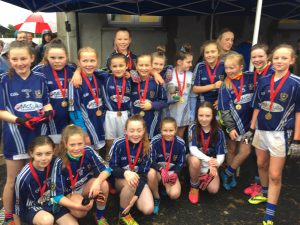 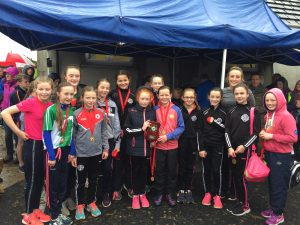 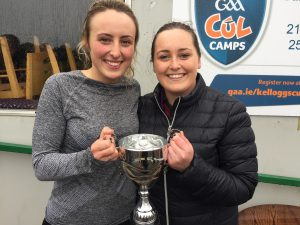