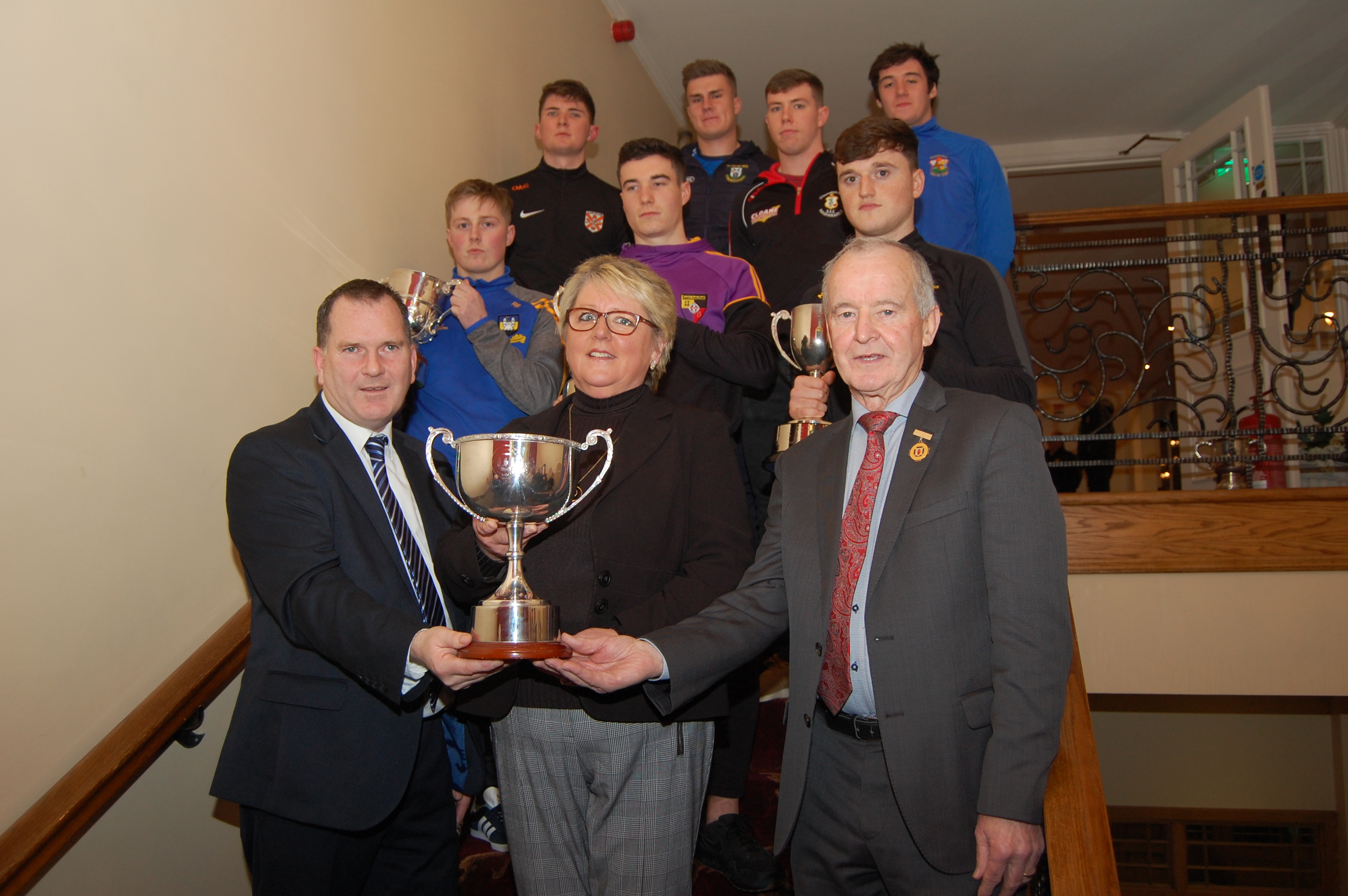 Host for the evening, Sean McAuley, welcomed committee and playing representatives of the various county champions from across the province, of which seven of the teams and provinces were in attendance. Antrim’s newly appointed county chairman Ciarán McCavana and his perennial Derry counterpart Brian Smith were also in attendance along with Angela Callan of tournament sponsors Bank of Ireland.

Last year’s victors Gaoth Dobhair of Donegal are the clear success story of how this Club took the U21 Tournament as a serious springboard to go on and capture a County title, an Ulster Championship and are now competing in the All-Ireland Club Series. As many as eight of that U21 winning team back boning the Senior team to these glories! An endorsement if there ever was one!

The competition, sees the current Donegal U21 champions St. Eunan’s take on newcomers Clann Éireann of Armagh in the first match of the 2018/19 Series in the preliminary round. St Eunan’s will certainly be attempting to emulate last year’s Donegal Champions though the Armagh side will have a big say on that. Interestingly, no Armagh side has ever won the Competition to date, with Crossmaglen coming closest in 2016/17 where they were beaten finalists to an excellent 3-in-a-row Watty Grahams’ Glen team from Derry.

Newly crowned Antrim Champions St Brigids will be making their inaugural entrance against fellow newcomers and furthest away team, Crosserlough of Cavan. The Belfast men had an excellent County campaign and overcame home Club Kickhams GAC Creggan in the Semi Final and a highly fancied Dunloy side in the County Final, so they will be hoping momentum is with them when they enter the fray.

Rossa Magherafelt of Derry have the shortest trip to make to the Staffordstown Road venue where they will be pitted against Fermanagh representatives Enniskillen Gaels, who certainly know their way to the net judging by their impressive goals haul in their County winning campaign. This will not have gone unnoticed by the Rossa men though and a mouth-watering shoot-out is anticipated.

Down teams have won the Paddy McLarnon U21 Club Champions Football Tournament on three previous occasions but with the name of Carryduff not yet etched on the trophy, they will be keen to put that right. This team will be taken as serious contenders this year though and Carrickmacross Emmets will need to be on their mettle, and that certainly lends to another exciting match in store.

The Final Quarter Final pairing sees Tyrone champions Dromore waiting in the wings for the winner of the Preliminary clash, St. Eunan’s or Clann Éireann. No doubt that match will be well scouted by the Tyrone sides management team, but who has the upper hand? A game under the belt and competition momentum, or a well scouted and tactically prepared team? Again this will be another intriguing matchup.

The Tournament throws in on Saturday January 12th with the Final to be played on Sunday 17th February.